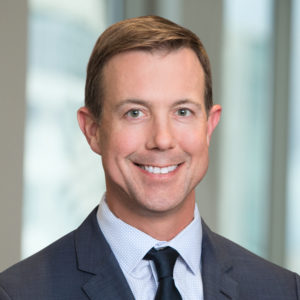 In addition to spearheading the structure and formation of Menlo Equities Absolute Return Fund (MEARF), and overseeing the ongoing growth of this platform, Mr. Kujawski directs the firm’s daily operations and is responsible for facilitating the development, prioritization, implementation and oversight of Menlo’s strategic initiatives. He joined Menlo Equities in 2011 and previously served as Menlo Equities' CFO.

Prior to joining Menlo Equities, Mr. Kujawski served as Chief Financial Officer of Los Angeles-based River Hospitality Management, where he oversaw all aspects of finance, accounting, risk management and treasury operations for an upscale and luxury hotel portfolio. Prior to his tenure at River Hospitality, Mr. Kujawski was Starwood Hotels and Resorts’ Division Chief Financial Officer for its Global Development Group. In this capacity, he led the company’s financial efforts in its acquisition and integration of Le Méridien Hotels and Resorts and Bliss Spas, while overseeing financial operations associated with new hotel development, architecture and design, and pre-opening operations. Before joining Starwood, Mr. Kujawski worked out of the European office of NYSE-listed Action Performance Companies in Aachen, Germany, where he served as European Chief Financial Officer.

Mr. Kujawski is a certified public accountant in Arizona and served as audit manager in the mid-1990s for Arthur Andersen’s Phoenix office. He received his BS in Finance from Arizona State University and his MBA from the UCLA Anderson School of Management. He is a member of the American Institute of Certified Public Accountants.